SOLODYN® (minocycline HCl, USP) Extended Release Tablets | Rx Only - If you’re 12 years or older and have red, pus-filled pimples and bumps of moderate to severe acne, getting clear skin isn’t always easy. It may be time to think about trying a prescription medication. SOLODYN is an oral antibiotic used to treat only the red, pus-filled pimples and red bumps of moderate to severe acne in patients 12 and older.(2) The most common side effects were headache, tiredness, dizziness, and itching. 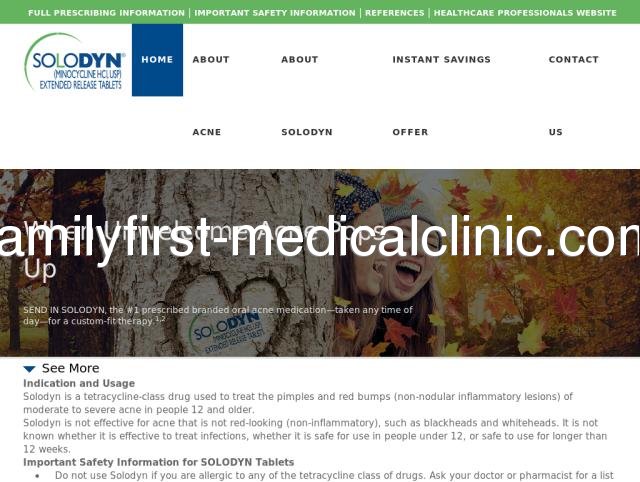